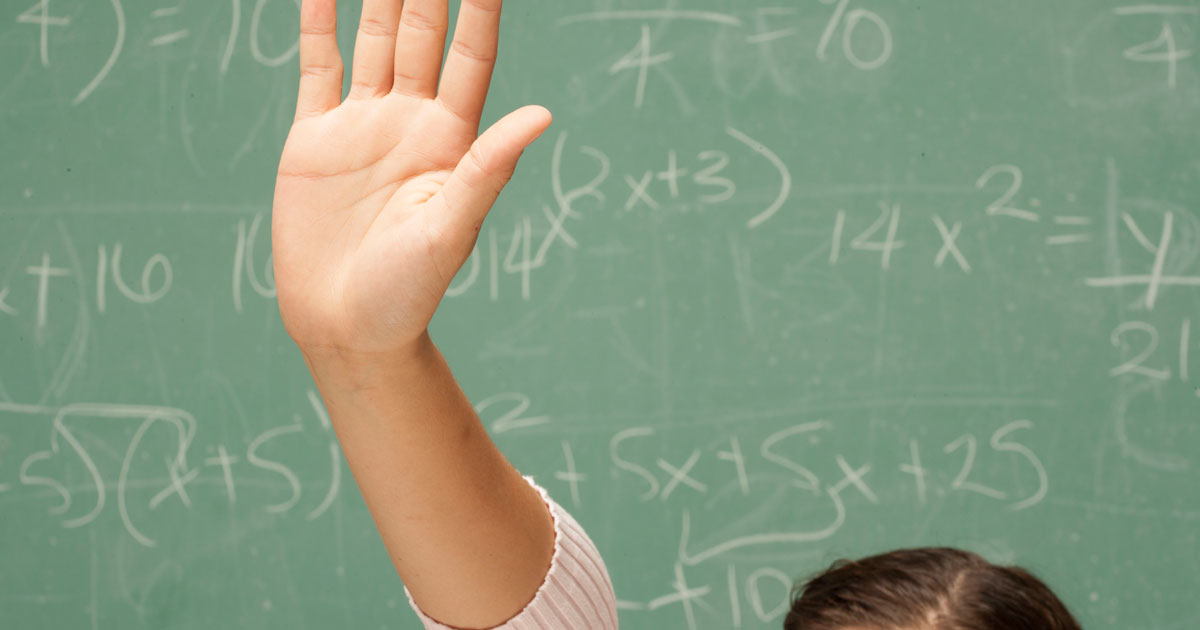 Overall, cities are providing the lowest level of support in the domain of Capacity, which includes access to challenging curricula and guidance from capable, qualified, well-compensated teachers in diverse, equipped, and unsegregated schools. On average, cities are delivering approximately 28% of these important supports, with Little Rock and Long Beach scoring the highest (48% and 43%, respectively). There are differences among the cities in terms of which supports need the most attention in order to improve the level of access to capacity-related supports, but all of the cities scored particularly low in access to economically integrated schools. In the 10 cities, an average of 63% of students attend high poverty schools, where more than 75% of the student population is eligible for free and reduced-price lunch. When data are disaggregated by race, we see that in most cities the vast majority of Black and Latino students attend high poverty schools, compared to a small portion of White students, highlighting the persistence of “separate and unequal” schools despite the Brown v. Board of Education ruling over 60 years ago declaring separate public schools for Black and White students as unconstitutional.

Providing students with challenging curricula that will prepare them for college-level coursework directly contributes to student retention, graduation and post-secondary achievement. Some research shows that four-year college enrollment is significantly influenced by participation in advanced placement courses and examinations (even after controlling for demographics and high school level predictors); additionally, students who did not participate in AP examinations were less likely to attend four-year colleges across and within ethnic subgroups.
Given the connection to academic success, we ultimately want to see that the vast majority of high school students are enrolled in at least one advanced placement/international baccalaureate (AP/IB) class. All 10 cities studied fell well below that ideal target. Chicago and Minneapolis had the highest rates of AP participation (35% and 31%, respectively), though in both cases the rates of Black students enrolled was over 30 percentage points lower than White students. Of the 10 cities studied, Buffalo and Baltimore had relatively low percentage of schools offering advanced coursework, with only 69% and 72% of students attending a school with AP/IB offerings, and several other cities had nearly all White students attending schools with AP/IB, while 10-15% of the Black and Latino populations did not have those supports in their schools.
Still, research shows that the biggest contributor to racial and economic gaps in participation in AP coursework is a result of failing to enroll students of color and low-income students that are ready in advanced coursework. The College Board researched PSAT scores and found that 75% of Native American students, 72% of Black students and 66% of Hispanic students whose PSAT scores suggested that they had the potential to be successful in AP math, were not in fact participating in those advanced classes, with similar findings in science. The report highlights several approaches that work in increasing enrollment of students of color and low-income students, including changing enrollment requirements by offering more “open access” to AP courses and automatically enrolling students who scored proficient on state exams and utilizing AmeriCorps and other programs to provide supplemental academic and self-advocacy skills to support any preparation gaps.

Another factor affecting participation in AP coursework and post-secondary institutions is access to gifted classes in lower and middle school. In half of the cities studied, 95% or more of primary and middle schools offered gifted coursework. At the same time, Buffalo, Springfield and Philadelphia had less than 10% of schools offering gifted coursework. This gap in access to a critical school resource makes it that much more difficult for students to enroll in advanced placement coursework that will prepare them for post-secondary success. Springfield, for example, has the lowest rates of AP enrollment, with only 8% of high school students enrolled in at least one AP/IB class. While the vast majority of high school students across racial groups in Springfield attend a school that offers AP/IB, only 2.3% of lower and middle schools offer gifted curricula, suggesting that this could be a major barrier to enrollment.

Ultimately, capacity often rests on the level of resources provided in a district, since that dictates ability to pay experienced, high-quality teachers, and provide extracurricular programming, physical infrastructure and technology, among other things. In high-capacity systems, students engage more in school-related activities and demonstrate better academic outcomes. Students with access to social and emotional learning programs demonstrate increased achievement outcomes and advanced emotional development skills. To measure school resourcing, we looked at average teacher salary adjusted for cost of living, since staff salaries comprise a significant amount of school expenditures. Little Rock and Chicago have some of the highest average teacher salaries among the 10 cities studied ($63k and $58k, respectively), while Springfield and Philadelphia have the lowest ($29k and $29.5k, respectively). To better understand how fair and adequate school resourcing is, publicly available data on public and private spending should be disaggregated by type of school, to compare spending per student in charters vs. public schools, and should disaggregate by race and economics to show differences in resourcing for schools attended by Black and Latino students and low-income students.
The Education Law Center and Rutgers Graduate School of Education created a project to better understand if school funding is fair. They found that students in the lowest funded states can have less than a third of the resources per capita of the best funded states. Many states, including North Carolina, are considered “low effort” states, meaning they invest a low percentage of their economic capacity to support public education systems. Additionally, 14 states have “regressive” funding schemes, meaning that states provide less funding to school districts with higher concentrations of poverty, including Pennsylvania, New York and Illinois. “Students in certain regions face a ‘double disadvantage’ because their states have low funding levels and do not increase funding for concentrated student poverty,” which includes students in Colorado. There are four states whose school funding policies are considered “progressive,” including Delaware, Massachusetts, Minnesota and New Jersey — they have relatively high funding and fund at higher rates in high poverty districts.

Schools staffed with credentialed and experienced teachers perform better on standardized assessments and demonstrate increased productivity in elementary and middle school grades. School resourcing and teacher salary, among other factors, can deeply affect the ability to attract and retain experienced, high quality teachers. Four of the 10 cities had over 90% of teachers working two or more years in schools, with Long Beach and Philadelphia over 95%. Springfield and Denver have the two lowest rates of experienced teachers (75% and 63%, respectively), which can make initiatives to increase advanced curricula and restorative discipline policies more challenging, given that both require experienced, tenured teachers to be successful.

High capacity schools are out of reach for too many students, particularly students of color, because of a legacy of school segregation. Although racial school segregation was legally banned over 60 years ago, the problems are persistent. Students exposed to poverty face greater academic achievement gaps than those who are not, and in communities segregated by race, there are significant differences in school poverty rates between White and Black students. A recent study of race and income in 97 cities showed that in 83 cities where data were available, most Black students attend schools where poverty is highly concentrated — the majority of their classmates qualify as low-income (measured by eligibility for free- and reduced-price lunches). In 54 of these cities, a staggering majority of Black students (80%) attended schools where low-income students are the majority.
Every one of the cities studied showed these same dramatic trends in inequitable access to economically integrated schools. While Charlotte and Minneapolis had the lowest rates of students enrolled in high poverty schools (39% and 46%, respectively), they still show a 50-60 percentage point difference between rates for Black and Latino students compared to White students. Springfield showed extremely high rates of enrollment in high poverty schools across racial groups (approximately 80% for each racial group), reflecting a somewhat different challenge compared to other cities such as Chicago that also has approximately 80% of students in high poverty schools, but dramatic differences between White and Black and Latino students (35% of White students in high poverty schools compared to approximately 90% of Black and Latino students). 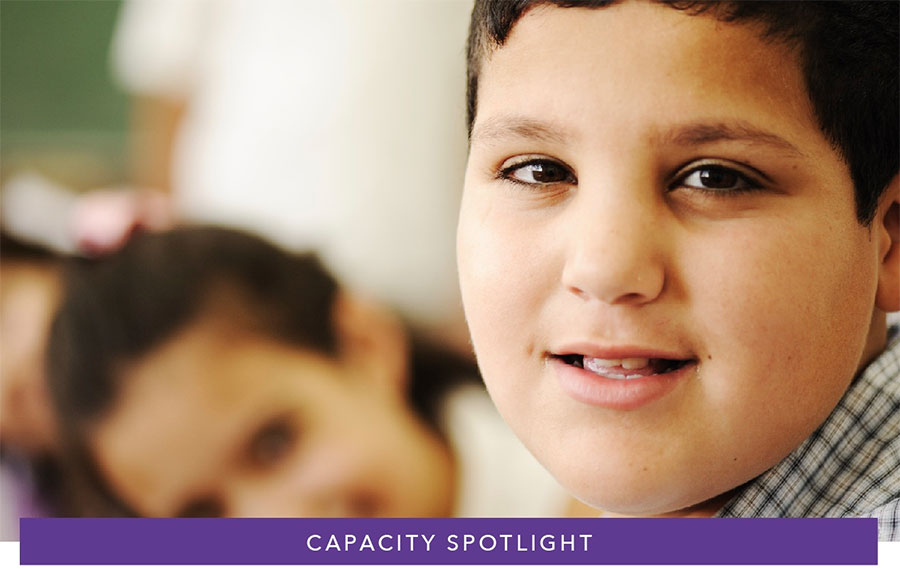 Language access is also a critical support that cities and schools need to offer to provide all children and families an opportunity to learn and thrive. According to the Center for Popular Democracy, “over 25 million people in the United States are limited English proficient (LEP), which means that they are unable to read, write or speak English well.” Resources like interpretation and translation services are often not provided, even though federal civil rights laws require that most public and many private institutions do so. Faced with the lack of federal enforcement, local governments across the country are instituting laws requiring city agencies, health care entities and other service providers to make interpretation and translation services available free of charge. Schools also need to carefully consider the resources that LEP students and families need to be able to fully participate and succeed in an academic environment. To better understand the level of supports that are in place, there is a need for more comprehensive data collection on supports like the number of bilingual teaching and non-teaching staff and the availability of translation of school-related information for parents.

Note: please refer to the full report PDF for all citations and references.