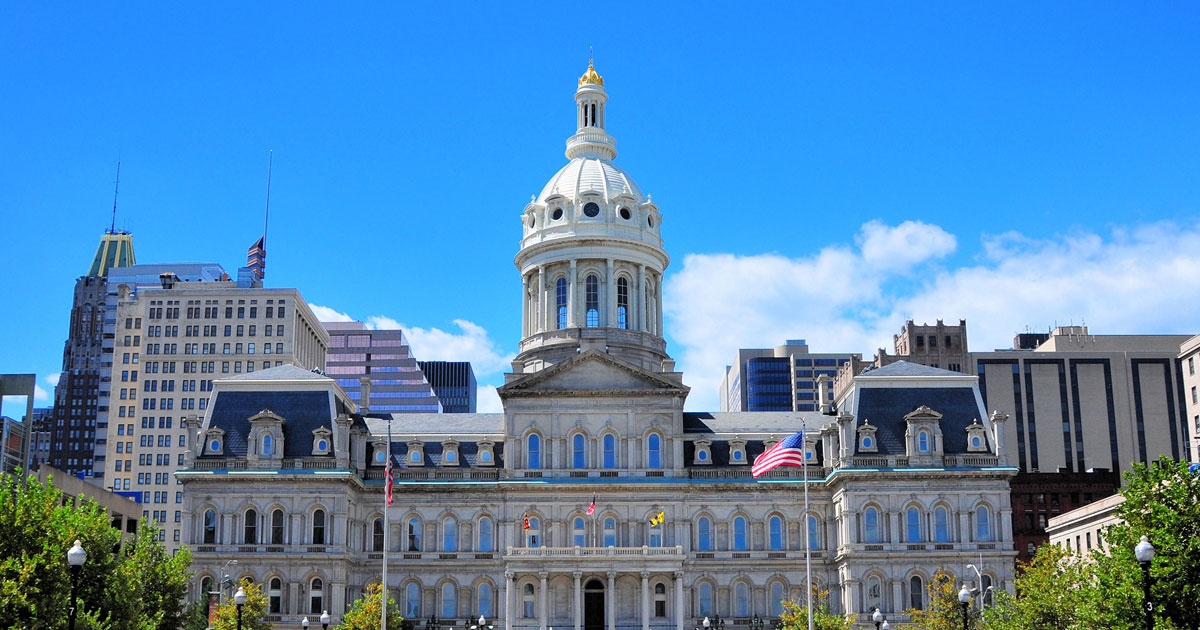 A port city located on the banks of the Patapsco River, Baltimore is one of the largest U.S. cities with a majority-Black population, and it has a long and complex history related to race. In the early 20th century, as in many American cities, Baltimore civic leaders endorsed broad plans to “protect White neighborhoods” from Black newcomers. Today, Baltimore struggles to overcome the legacy of these early racial divides. Of the 10 initial cities, Baltimore has the second highest rate of racial segregation, with 62% of the population required to relocate to achieve racial integration, behind only Philadelphia at 63%.

As a post-Industrial city today, Baltimore relies on low-paying service jobs and major anchor institutions, including hospitals and universities, to support the local economy. Although its income inequality is not as stark as other states where the 10 cities studied are located, Maryland is one of fifteen states in which all income growth between 2009 and 2013 was absorbed by the top 1% of earners.

Baltimore City Public Schools operate independently of the slightly larger Baltimore County Public School District; serving nearly 85,000 students across 186 schools (including 34 charter schools), with over 5,200 teachers. While more than one-third of all Baltimore’s children under age 18 live below the poverty line, Black children are more than three times as likely as White children to live in poverty; Latino children are more than twice as likely as White children. Unlike many other cities, the average graduation rate among Black students has been comparable or higher than White students from 2010-11 through 2013-14; however, the White graduation rate surpassed the Black graduation rate in 2014-15.

Baltimore is one of 10 cities identified by the U.S. Department of Justice as responsible for a surge in violence in 2015 and 2016. Research shows close connections between community violence and concentrated poverty, segregation and over-incarceration of Black males, three areas where Baltimore is also among the highest in the country. Violence disproportionally affects Black children, who experience rates of mortality twice as high as White children.

State of Healthy Living and Learning in Baltimore

Baltimore has 43% of the supports measured through the Index. Baltimore has high highs and low lows in access to critical supports across the Loving Cities domains. Baltimore’s system offers the greatest level of Commitment compared to the other cities — standing out from the group for having relatively low suspension rates (7% of students) with consistently low rates across racial groups. Still, there were 541 expulsions in the 2013-14 school year, and 95% of those expelled were Black. Baltimore also delivers relatively strong supports for Stability, with good access to transportation and some of the strongest rates in terms of livable wages and racial equity in livable wages. At the same time, Baltimore is among the lowest in supports for Care and Capacity — almost 50% of low-income populations lack a grocery store in their neighborhoods, teacher salaries and experience are among the lowest and, as with other cities, school economic segregation continues to create separate schools with unequal resourcing for low-income students and students of color. As with other cities, Baltimore can address these inequities with policy and programming that supports housing affordability and integration. In 2015, Baltimore City Public Schools produced a Five-Year Strategic Plan outlining goals to maximize academic achievement and equity by the year 2020. The plan includes priorities around school climate, quality curricula and parent engagement, but does not explicitly speak to addressing health, housing and safety outcomes that impact student learning.

The local community has taken great strides to overcome inequity and has made great progress in certain areas. National racial justice advocates have heralded Baltimore’s positive community outcomes, as compared with other majority-Black cities, and have called for the city’s leadership to accelerate the progress. However the 2015 death of Freddie Gray because of spinal cord injuries obtained while being transported in Baltimore police custody has led to tremendous community questions and advocacy around the need to create a climate free from the fear of police-sponsored violence. None of the officers involved in the incident with Freddie Gray were convicted.