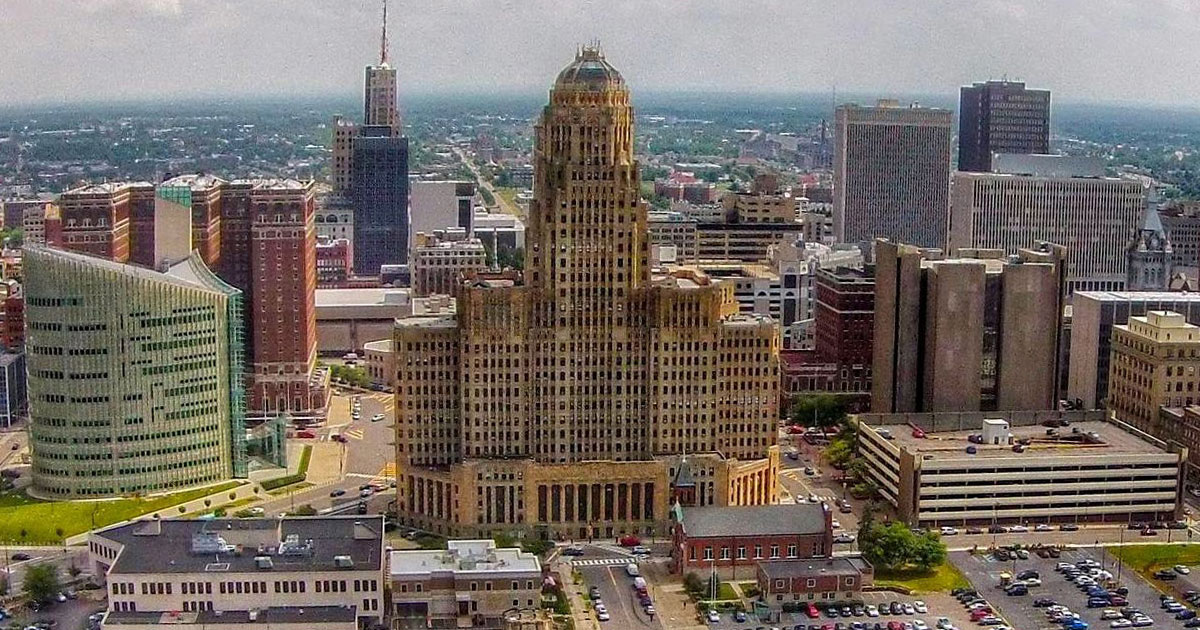 Buffalo is located in western New York near Niagara Falls and Lake Erie, and is the state’s second largest city, encompassing eight counties and two Canadian municipalities. In the early 20th century, Buffalo played a critical role in commerce and trade to western cities, and the population expanded 30-fold within one generation, including significant increases in the Black population with migration of Black Americans seeking greater social and economic opportunity. Buffalo has continued to see drastic demographic shifts, including the resettlement of approximately 10,000 refugees since 2003 who are playing a large role in revitalization of the west side of Buffalo.

In the 1960s, Buffalo and other cities across the country experienced White flight from the newly deemed “inner city” to newly developed, government subsidized, White only suburbs. Nearly 20% of the city’s White population moved, while Black migration into the city grew. In 1972, a group of parents in Buffalo won a federal lawsuit to desegregate the city’s public schools, establishing a court mandate that schools be made up of at least 30% and no more than 65% non-White students. Between 1976 — 1987, Buffalo successfully implemented a model for school integration reaching a point where none of the schools had student populations over either 80% White or 80% student of color. In 1987, the court lifted its mandate because of the positive results, and since then school segregation has returned back to 70% segregated schools as it was in the early 1970s.

As of the 2016-17 school year, Buffalo Public Schools served almost 34,000 students across 58 schools with over 3,500 teachers and over 900 teacher assistants and aides. 88% of the public school population are students of color, and nearly half of are living in poverty (45.5%). 12.4% of students in Buffalo have limited English proficiency, and 72% come from economically disadvantaged backgrounds. Buffalo has the third highest youth poverty rate among major school districts in the U.S., and there are glaring racial disparities in childhood poverty, with more than half of Black, Latino, and Asian youth living below the poverty line, compared to 24% for White youth.

State of Healthy Living and Learning in Buffalo

Buffalo has 50% of the supports measured through the Index. Across the Loving City domains, Buffalo shows the highest level of supports in Care and Stability. Related to Care, community parents, teachers, students and school district professionals and elected officials have worked together since 2012 to adopt a district Wellness Policy that is focused on increasing physical activity and healthy food for students as well as access to mental, physical and sexual health services. Buffalo schools have been nationally recognized for being one of the largest districts in the country to have a wide scale Positive Behavior Intervention and Support system (PBIS). The PBIS uses individual assessment and intervention to match students with behavioral supports and social culture for social, emotional and academic success. The latest suspension data from SY2013-14 still shows high levels of suspension, particularly among Black students, and to a lesser degree Latino students.

The greatest opportunity for increasing love is in the area of Capacity — where access to advanced curriculum, teacher salary and experience, and rates of economic integration are among the lowest of the 10 cities. In addition to recommitting to school integration, Buffalo can focus on broader community integration by increasing access to affordable housing options in higher income neighborhoods and access to grocery stores, particularly for communities of color.

Say Yes to Education has been a catalyst in Buffalo to bring cross-sector leaders together to build resources and systems for whole-child supports in schools. The Racial Equity Roundtable, led by the Community Foundation for Greater Buffalo, has grown from these relationships and is comprised of 25 leaders with the purpose of tackling the existing gaps in racial equity, and expanding opportunity in neighborhoods across the region. Having this commitment and relationship infrastructure in place positions Buffalo for continued progress to becoming a Loving City.