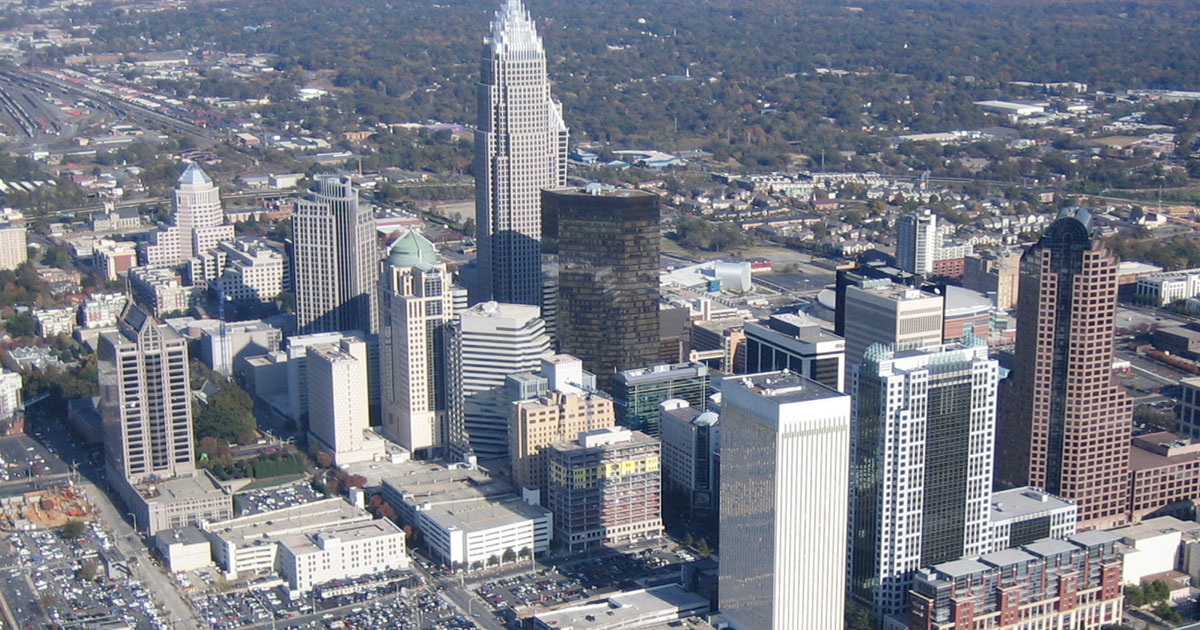 Charlotte’s demographics have shifted significantly as well: in 1980 the city was around 67% White and today is less than 45% White. In the 1870s, Charlotte was fully integrated with Black and White families living side by side, but as with nearly all other American cities, local and federal policies instituting racial segregation were implemented throughout the late 19th and 20th centuries. Today, neighborhoods and schools remain highly segregated, and poor children in Charlotte have the lowest odds of making it to the top income bracket of any place in the U.S. Along with two other states with initial cities included in this report (Maryland and New York), North Carolina is among the 15 states whose top 1% of earners enjoyed all income growth between 2009 and 2013.

The Charlotte-Mecklenburg Schools (CMS) serve over 170 municipalities in the greater Charlotte region with over 110 elementary schools, 50 middle schools, 35 high schools, and 3 special schools. 10% of students are limited English proficient, and 55% of students come from economically disadvantaged backgrounds. “CMS is one of the largest employers in Mecklenburg County with more than 18,000 teachers, support staff and administrators. CMS is fortunate to have tremendous support from Charlotte’s corporate, faith and business communities and more than 90,000 mentors and volunteers support learning and instruction in CMS classrooms.”

State of Healthy Living and Learning in Charlotte

Charlotte has 34% of the supports measured through the Index, which is slightly below average for the 10 cities measured. In terms of living environment, Charlotte has one of the lowest rates of access to public transportation (71% of population in close proximity), and lacks access to grocery stores in low-income neighborhoods, with particularly low access for Black and Latino low-income people. Charlotte offers significantly less access to parks than any other city, with only 27% of the population in close proximity to a public park, and as with many other cities had low voter turnout in the 2016 general election (66%). The September 2016 shooting of Keith Lamont Scott by a Charlotte-Mecklenburg police officer sparked major protest and created a clear concern among communities of color and advocates about the use of excessive force by police in Charlotte. The Scott shooting came on the heels of the mistrial of a case involving an officer who killed Jonathan Ferrell, another unarmed African American man. The protest seemed to also ignite an increase in civic engagement in Charlotte, as Braxton Winston II, an active protestor of the police’s actions, was elected to the City Council in November 2017 and Charlotte also elected its first African American female Mayor, Vi Lyles.

Charlotte schools provide K-8 gifted and high school AP/IB classes, though enrollment in AP courses are largely inequitable, as with other cities. There is still utilization of punitive discipline including expulsions and referrals to law enforcement, which are utilized predominantly against the Black student population. Inadequate school resourcing and inequities in access to mixed income schools as opposed to “high poverty schools” creates a system of separate and unequal, where many children are not provided the opportunity to learn.