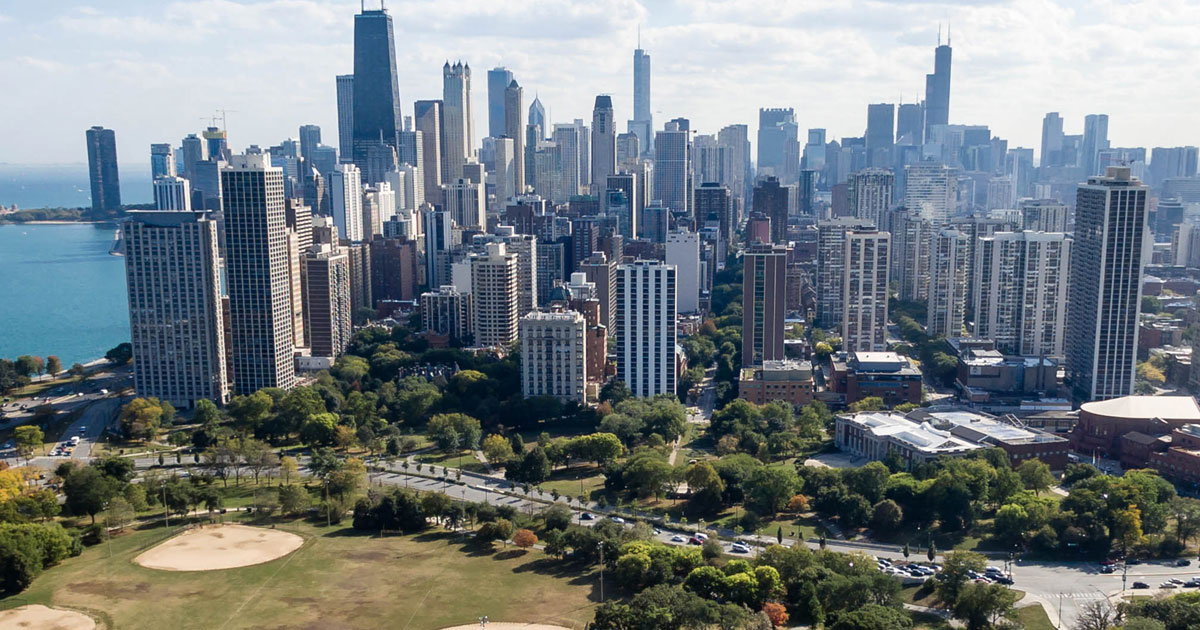 Chicago has a long and complex history as one of the most economically important cities in the world. The city first surged in size in the late 19th century, following the completion of multiple major rail lines and a project linking it to the Great Lakes and the Mississippi. Throughout the late 19th and the early 20th centuries, Chicago was a major hub for European immigrants, and saw exponential growth in the African American population, with the Great Migration from the rural South.

While Chicago is a major financial hub and home to several Fortune 500 companies and one of the most prominent international central business districts, Illinois ranks among the top ten most unequal states, with incomes of the top 1% of households 25 times as large as the bottom 99%, and the former gaining over 55% of all income growth between 2009 and 2013. Health and safety outcomes among young Black children are also troubling, with Black infant mortality at three times that of White children, and youth mortality rates nearly four times the rates of White children. In 2016, Chicago’s homicide rate was the city’s highest in 20 years. “Between 2015 and 2016, Chicago experienced 58 percent more homicides and 43 percent more non-fatal shootings… A total of 764 people were murdered in Chicago in 2016.”

In the 2016-17 school year, Chicago Public Schools served 380,000 students (38% Black, 47% Latino and 10% White) in over 500 instructional facilities, placing it among the largest public school districts in the nation. 17% of students in the district are limited English proficient, and nearly 86% come from economically disadvantaged backgrounds. Chicago’s Black youth are more than six times as likely as White youth to be living below the poverty line, and Latino youth are more than four times as likely. We see these same patterns in socioeconomic disparities in educational outcomes, with nearly a 14% difference in graduation rates between Black students and White students.

State of Healthy Living and Learning in Chicago

Chicago has 36% of the supports measured through the Index. Chicago earned points related to healthy living environments by having the highest voter turnout in the 2016 general election (72%) and access to healthy food and parks compared to the other cities. At the same time, Chicago has the lowest number of in-school support staff in the group of 10 (.65 support staff per 100 students), which has proven to be a critical resource for schools to help provide students with holistic, wrap-around supports, and one of the weakest youth safety rates due to high numbers of youth deaths per capita. There is also progress needed in healthy learning environments to ensure students can succeed. In Chicago, the number of students attending high poverty schools is exceptionally high at 83%, and the rate is over 54 percent higher for Black and Latino students compared to White. The system of segregation instituted through federal, state and local housing policies in the 20th century deeply affects segregation of schools and gaps in the opportunity to learn for low-income students and students of color. In addition, low access to advanced K-8 and high school AP curricula (particularly for students of color) means that many students are not receiving rigorous curricula that puts them on track for post-secondary attainment. Chicago also has one of the highest levels of suspension rates (25% of K-12 students), with 44% of Black students receiving at least one suspension compared to only 7% of White students. This overarching trend of a highly punitive climate in communities of color extends to several Chicago neighborhoods. Following the investigation of the shooting of 17-year old LaQuan McDonald by a Chicago police officer, the U.S. Department of Justice issued a 2017 report highlighting a trend of excessive use of force by the Chicago Police Department. Local advocates highlight that their communities are often under-protected but over-policed. Recognizing the connection between community violence and concentrated poverty, segregation and over-incarceration of Black males, Chicago recently established an unprecedented collaborative effort with multiple service organizations called “Partnership for Safer Chicago” that will create systems for violence prevention services and re-entry services, as well as deep social service supports for employment and development.