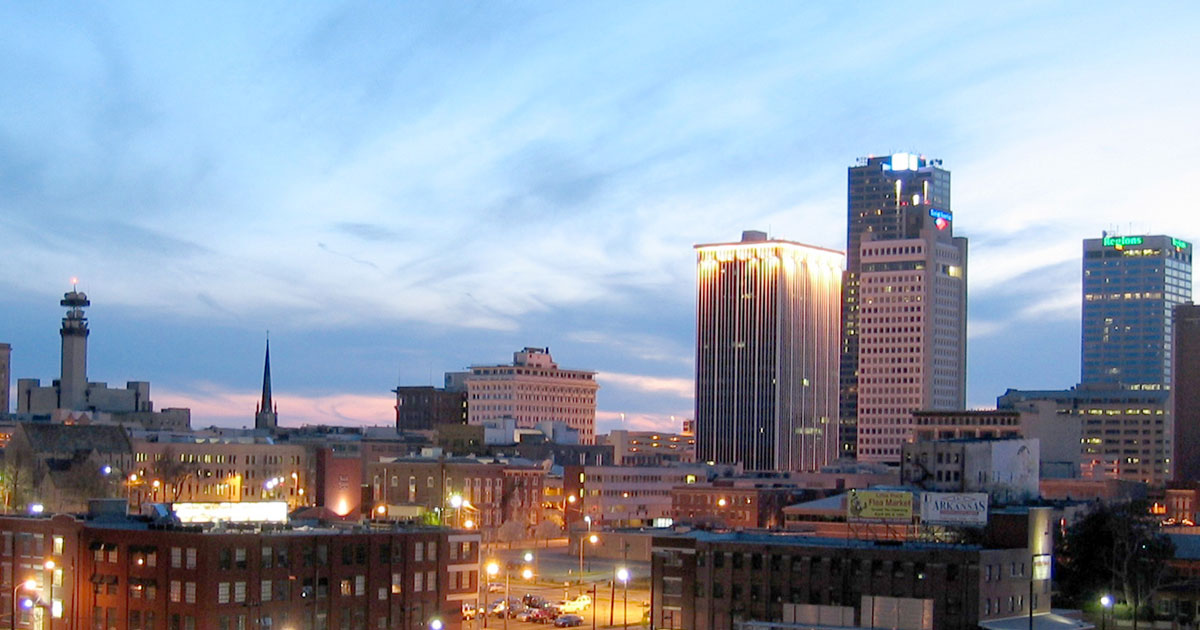 Little Rock, the capital city of Arkansas, is located at the geographic heart of the state on the Arkansas River, and has a population of approximately 200,000. The city’s riverside location contributed to its early growth as a major commercial hub. This growth stagnated after Arkansas ceded from the Union just prior to the Civil War, but was resuscitated with the development of transcontinental rail lines during Reconstruction (1865-1877).  Today, the local economy relies on the river, where the Port of Little Rock and the McClellan-Kerr Navigation System facilitate regional and national commerce, as well as jobs in the service, retail, and industrial sectors.

Arkansas has some of the highest income inequality in the country; incomes of the top 5% of households are nearly 15 times as high as the bottom 20% and five times as high as the middle 20%. Additionally, the population is significantly segregated by income and to an even larger degree by race. Black children in Little Rock are almost four times as likely as the city’s White children to be living below the poverty line. The outcomes for health illustrate further disparities among youth. Rates of infant mortality in Little Rock are nearly three times as high for Black youth (12.3) as they are for Whites (4.8); and Black youth mortality (54.5) is double that of Whites (26.2).

In 2012-2013, the Little Rock School District served nearly 24,000 students at 48 schools, including four pre-schools, 26 elementary schools, seven middle schools, five high schools, and six academy and non-traditional schools. At the time, the district was comprised predominantly of Black (67%) and Latino students (11%); White students made up only 19% of the overall student population, despite the city’s population being majority White.  9.5% of students are limited English proficient, and over 60% come from economically disadvantaged backgrounds. Little Rock has had a long, complicated history in the movement towards education equity, receiving national attention for the resistance to school integration sixty years ago requiring National Guard troops to protect nine Black students striving to attend a newly-integrated, White-only school. In 1982, the Little Rock School District filed a lawsuit arguing that two nearby districts were attracting the White students and concentrating Black students within Little Rock, leading three schools in those districts to be placed under court supervision until 2007 for being unconstitutionally segregated.

In early 2015, the Arkansas State Board of Education “dissolved Little Rock’s democratically elected local school board, the most racially inclusive and representative of its majority-black constituency in nearly a decade. In making the decision, the state overruled widespread public outcry to take control of the largest school district in the state.” Since the takeover, the state has passed Act 930, which bestows the state education administrator with greater oversight powers, raising concerns from parents over local control and the emergence of charter schools.

State of Healthy Living and Learning in Little Rock

Little Rock has 37% of the supports measured through the Index. In terms of learning environments, Little Rock has the strongest level of Capacity measured, with the highest teacher salaries among the 10 cities once adjusted for cost of living (which we are using as a proxy for school resourcing), and relatively high teacher experience with 91% having at least two years of experience. K-8 schools largely offer gifted coursework for students, though there is room to increase access to rigorous curriculum in high schools. While 94% of students attend a school that offers AP/IB, only 29% of students are enrolled in at least one AP/IB class. Little Rock has the lowest levels of support in community Stability compared to the other 10 cities. While Little Rock has relatively lower housing cost burden compared to others (47% of renters spend more than 30% of income on housing), it is still considerably higher than the minimum benchmark for points, and is paired with the lowest rates in access to transportation and fair wage employment. Specifically, only 66% of the population lives in proximity to public transit, with Black, Latino and American Indian populations significantly more likely to live far from public transport compared to White populations. Additionally, 31% of Latino and 15% of Black people working full-time have salaries below 200% of the federal poverty line, compared to only 5% of White people. This is exacerbated by the fact that Little Rock had one of the lowest voter turn-outs compared to the other 10 cities in the 2016 general election (66% of registered voters), indicating that elected officials likely do not represent the needs and interests of all children and families.