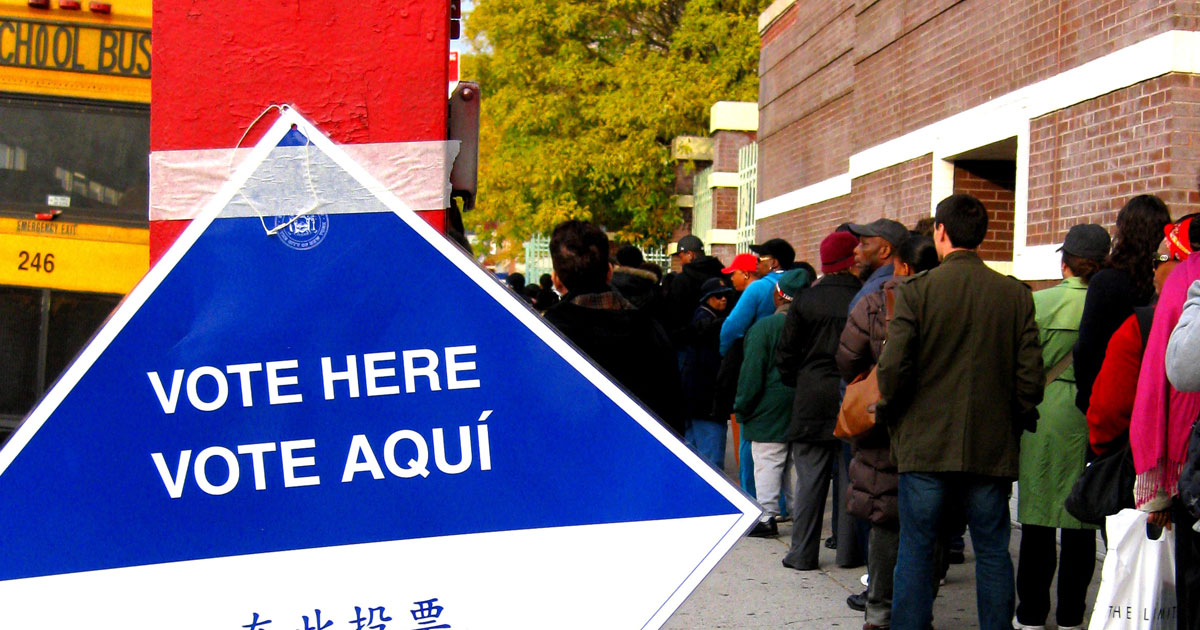 The domain of Stability includes housing affordability, public transit access, civic engagement, livable wages, and financial security. In communities across the country, families’ living conditions are deeply impacted by the combination of unfair full-time wages, low access to affordable housing causing the suburbanization of poverty, and limited access to public transit from low income suburbs to jobs and resources concentrated in city centers. This creates a system where community resources and opportunities may be available but there are racial and economic gaps in who can access and benefit from them. On average, the 10 cities are delivering approximately 46% of the supports the Index measures related to Stability. Minneapolis demonstrates the highest levels stability for children (63%), with the highest rates of voter turnout and youth safety.

There is a range of community risks that impact rates of mortality among children from one community to the next, with gun violence being a major safety crisis in many of the cities we’ve profiled. While a few cities showed low rates of youth mortality, including Minneapolis and Long Beach, every one of the 10 communities measured had signficantly higher rates of mortality among Black youth compared to their White, Latino and Asian counterparts. Little Rock and Baltimore have extremely high rates of youth mortality, with 37.5 and 39.8 deaths per 100,000 people ages 1-19, respectively, with Black children two times more likely to die compared to White children. While Chicago’s rate of youth mortality is somewhat lower than Little Rock and Baltimore, the rate of mortality among Black children in Chicago is four times that of White children. In Chicago, many have shown the connections between school closures and youth involvement in or with gun violence. More consistent data across cities can help show the quantiative connection between factors like school closures and school funding and violence in communities.

Today, cities continue to face crises related to housing affordability with particularly wide gaps in access to affordable housing for people of color. The stark inequities in affordable housing, coupled with inequitable access to livable wages and transportation, are relics of past policies and practices that created racial segregation across our country. Throughout the 20th century, we had a system of federal, state and local policies that mandated segregated housing by race, and invested massive sums of public dollars exclusively in White homeownership and White-only neighborhood development while refusing to invest similarly in Black individuals and communities. Though such policies have been recognized as racist and hateful, communities across our country have done little to correct for the impact on wealth distribution and the persistence of economic segregation in today’s communities and schools, which continue to deeply impact education, health and economic outcomes for current generations.
In the 10 cities studied, between 47-62% of renters pay more than 30% of their income towards housing, with Black and Latino rates often 10-20% higher than Whites, which is well above the ideal benchmark for a loving city, resulting in zero points on this indicator for all 10 cities. There are also extremely high levels of racial and economic segregation in communities, which contribute to segregation in public schools, as well. Without affirmative integration policies in communities to make housing affordable to people of all incomes levels, schools will continue to be swimming upstream to address the damage caused by the creation of high concentrations of poverty in communities and schools, making it nearly impossible to drive dramatic improvement in academic outcomes. 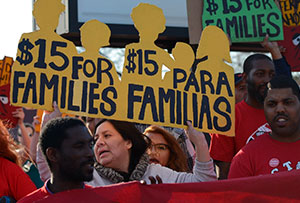 Access to livable wages continues to be a problem in cities and localities across the country, with minimum wage policy still largely below what families need to be able to pay for basic needs like healthcare, housing and other related bills, nutritious foods, and enriching extracurricular opportunities. While overall cities have between 7-11% of full-time workers living in poverty, differences by racial groups are as high as 12-25% in many cities.
Little Rock shows the most stark racial differences among the cities: only 5% of White full-time workers are living in poverty, compared to 31% for Latinos and 15% for Black workers. Movements like the Fight for $15 are striving to combat working poverty by pushing for a $15 minimum wage — a rate that would allow all full-time workers to get by just above the federal poverty line. Now, $15/hour is law in California and New York State, and dozens of city and county governments have voted to enact higher minimum wages, with some examples of private companies like Target Corporation self-imposing a $15/hour minimum. However, 27 states have passed laws aimed at rolling back raises set by individual cities, as well as other progressive local policies including paid leave, demonstrating the power more conservative rural interests are wielding over local city policy.

Low levels of voter turnout across cities may also indicate that the elected officials with the greatest ability to impact local systems are not representative of the needs and interests of all community members. Of the 10 cities studied, Minneapolis had the highest voter turnout in the 2016 general election year (81%), while most others had under 70% turnout. More and better data are needed to understand the connections between voting participation among socioeconomic and racial/ethnic groups and the policies and practices designed to get out or suppress the vote.

The Color of Law by Richard Rothstein documents our country’s history of racial discrimination in housing, employment, education and transportation policies throughout the 20th century that created the racial and economic inequities in outcomes that we see in communities today. Rothstein describes the start of public housing developments in the 1930s, which frequently demolished integrated neighborhoods, creating white-only single-family home neighborhoods and cramped “inner-city” Black-only buildings.

Segregation was further established by New Deal policies that subsidized the development of White-only suburbs with deeds that prohibited resale to African American families and provided White families federally-backed mortgages enabling homeownership. At the same time, Black families could not apply for mortgages because of their race and instead had to utilize exploitive private markets to either rent at high costs or attempt to purchase over long periods of time, paying high interest rates and not accumulating any equity until the full loan was paid off. Systems of zoning and redlining determined which neighborhoods Whites and Blacks could live in, ensured that Black neighborhoods were undervalued and underinvested in, and allowed toxic sites to be built in Black neighborhoods. After the pervasive set of policies and practices were ruled unconstitutional, there were no payments or programs to repair the damage done to Black families, and increases in property value made integrating into White neighborhoods economically prohibitive. These economic barriers to integration created through housing policies persist today, and communities across the country are largely as segregated now as in the 1970s.

Throughout this same period, there were also policies of employment discrimination in the public and private sectors where Black individuals were relegated to lowest paid, remedial jobs even when qualified for higher positions, and not allowed in a post that would put them in a managerial position over a White person — creating income disparity and racist norms that implicitly affect our work culture today. With the creation of White suburbs there was also a need for new transportation infrastructure to move easily from suburbs to jobs and entertainment in the city, and government entities intentionally designed interstates to further segregate Black communities from White, often using eminent domain to displace Black families and destroy successful Black business centers without compensation or relocation support. Even today, policymakers typically prioritize investments in highway systems that disproportionately support middle- and upper-income individuals over public transit investments that low-income families rely on.

Education systems historically have been deeply impacted by this system of community segregation and income and wealth inequity, and also by federal, state and local regulations further instituting racism and inequity in schools. School districts were drawn intentionally to separate Black and White students, and White schools were designed and resourced to provide educational rigor and a path to post-secondary degree attainment. Black schools, on the other hand, were intentionally designed to put students on a path to vocational careers, based on overt racial bias predetermining what Black students were capable of. Additionally, as populations in communities shifted, Black schools became overcrowded while White school populations decreased, but communities largely refused to integrate Black students into those empty seats or use empty White school buildings to educate Black students.

By laying out these policies and the myriad other policies and practices outlined in Color of Law, Rothstein debunks the mainstream belief that segregation was and continues to be a function of individual and private sector bias, and highlights the numerous, comprehensive and intentional efforts to create and enforce segregation through local, state and federal law. Rothstein recognizes that we need to not only remove harmful, racist policies but also institute affirming policies that create integration in communities and schools, to narrow equity gaps and ensure prosperity for all families, communities and society at large.

Note: please refer to the full report PDF for all citations and references.