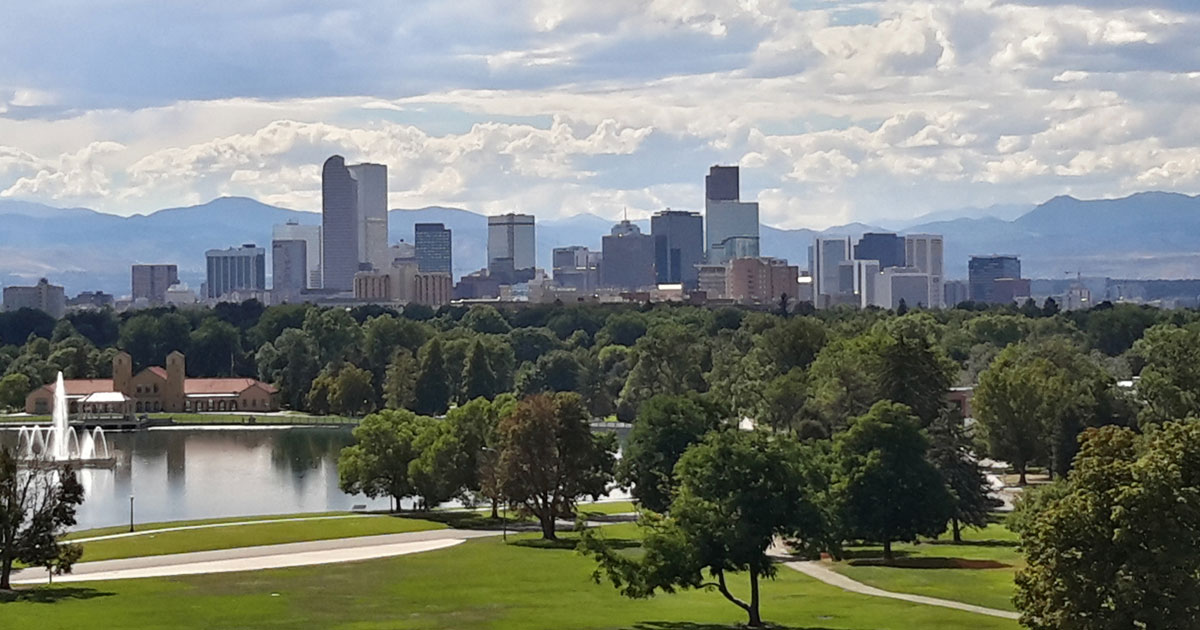 Denver sits on the western tip of the Great Plains states, and has long served as a sojourn for traveling Cheyenne and Arapaho peoples. The discovery of gold in 1858 brought prospectors from the eastern United States into this region, ignoring the 1851 Treaty of Fort Laramie, which was supposed to safeguard Native lands. Today, Denver’s economy relies on its stronghold in farming, ranching, and food processing, facilitated by its proximity to rail, and tourism. A burgeoning economy is growing in the tech sector as well.

Denver’s racial make-up is largely a mix of Whites (representing 53% of the city’s population in 2014) and Latinos (31%). In 2015-2016, Denver operated 199 schools, serving just over 92,000 students. At the time, the school district was comprised predominantly of Latino (56%) and White students (23%). Over one-third of the students are identified as limited English proficiency, and over 70% of the students in the district are economically disadvantaged. The city’s population has changed rapidly, as Latino and mixed-race populations have grown in size over the past twenty years, and are projected to continue growing in the coming decades. Like many places in the country, Denver is segregated by income and race, and there are wide disparities for children and people of color. Denver’s Black youth are more than five times as likely as White youth to be living below the poverty line, and Latino youth are nearly four times as likely, and we see similar disparities in graduation rates and rates of “opportunity youth” (children not in school and not working). The outcomes for health and safety illustrate further disparities among youth: rates of infant mortality in Denver are nearly three times as high for Black children as they are for Whites; and 2.5 times higher for youth mortality.

State of Healthy Living and Learning in Denver

Overall, Denver has 42% of the supports measured through the Index, which is above average among the ten cities studied. Denver demonstrates one of the highest levels of Stability measured, with low levels of unbanked households (households without a checking or savings account) and geographic accessibility of public transportation, though increasing affordability of transit for low-income students and parents has been a priority for local organizing groups like Together Colorado.

The greatest opportunity for deepening systemic love is increasing the Capacity of public schools to effectively serve all youth, with a significant need to address economic and racial segregation. In Denver, only 16% of White public school students attend a “high poverty” school, compared to 76% of Latino and 52% of Black public school students. The system of segregation in Denver and countless other communities deeply affects gaps in the opportunity to learn for low-income students and students of color. In addition, Denver has one of the lowest levels of access to AP/IB coursework of the 10 cities studied, with only 79% of students attending a school with at least one AP/IB class and only 23% of students participating in at least one AP or IB class, and the lowest level of teacher experience. Additionally, only 63% of teachers having more than two years of experience. There is also opportunity to improve levels of Commitment, particularly when it comes to suspension and expulsion of Black students who are experiencing punitive discipline policies at significantly higher rates than White, Latino and Asian students.